Real-time threat detection: why this is the future of cybersecurity

Real-time threat detection can monitor all infrastructure and network activity, intercept data traffic and determine how to respond to the vulnerability.

Thus, employing smart technologies against any malicious agent is critical. In this article, we talk more about real-time threat detection and other questions, such as:

What is real-time threat detection?

Security programs must combat known threats, which means that they also must know how to mitigate them.

But the mitigating effectiveness is reduced when hackers use entirely new methods or technologies, and the company has only outdated tools or manual procedures to combat them.

An advanced real-time threat detection system monitors all network activity, including data traffic interception, trials against unknown and known intrusions, and determining how to respond to the threat.

Companies have to deal with the high risk of cyber attacks in their digitization processes. This scenario can worsen when hackers apply Artificial Intelligence and machine learning to invasion methods. The hijacking of a smart device can have unimaginable consequences because of the interconnection levels between them: imagine if an IoT-based hospital system stopped?

The same AI protecting an operating system can be used by malicious bots to adapt users’ writing styles or their tones of voice, such as the Death by Captcha, which uses machine learning and optical recognition to identify and resolve an identity enigmas.

Sentry MBA performs automated tests of usernames and passwords on websites until having a successful login attempt to access and control millions of accounts simultaneously.

It is necessary to respond equally to the threat, using Artificial Intelligence and machine learning in defense processes, traffic information, and data analysis. Data scientists at ZeroFOX Inc. built a neural network to analyze critical data and mitigate phishing attacks through social media.

However, according to the PwC survey — Global State of Information Security (GSISS), the high potential of automation and botnets can influence the coming years’ cyber attacks. For this reason, in May 2017, the G-7 and G-20 leaders reinforced the urgency for cyber-security, increasing confidence in digital technologies.

Despite knowing this, most managers remain unprepared. According to the PwC survey, 44% do not have a security strategy, and more than half of them (54%) have no solution to respond to security incidents.

By applying machine learning to graphical data analysis, identifying patterns, unusual behavior, or other activities, they can solve this situation. But the solution also has to classify the level of risks and threats and adjust safety methods based on new information.

With Artificial Intelligence, machines can perform automated data collection and the processes analysis. This fills the gap left by the shortage of professionals specialized in cybersecurity.

But the challenges are enormous, as the same technology is applied both legally and illegally. It is only a matter of time before hackers create new, more advanced attacks.

How does real-time threat detection work?

By comparing the behavior of the user and the hacker — when and where different file types were accessed — it is possible to distinguish normal from malicious activities. In this way, real-time threat detection tools use analytical processes to scan large data sets and compare them to find potential threats from anomalies.

Software such as CMSs, hardware, or Endpoints can integrate real-time threat detection solutions. Using this technology allows you to monitor the entire system, identify security risks, such as malware or ransomware, block threats, and alert users about the unauthorized use of infrastructure.

Why is it important for GDPR?

GDPR made it a requirement for companies to report a data breach within 72 hours of the breach taking place. This is a significant regulatory challenge for companies with European customers.

In addition to data breaches causing a burden of a loss of credibility in the market and the opening of possible legal proceedings, with this regulation companies could receive fines of up to 4 percent of their annual billing in case of security incidents with European citizens’ personal data.

However, the company’s financial loss can be somewhat compromised. So, when dealing with a cyberattack, reporting it on time to both regulators and the harmed user is absolutely essential to reduce the rigidity of the GDPR penalty.

The GDPR guided the creation of the law to protect third parties’ personal data around the world. Although there is no federal law governing proceedings in the United States, there are several local laws which respect the independence of American states:

By confronting security standards, companies can maintain the trust and transparency of digital processes — not just to avoid fines, but to enable users and consumers to feel more protected.

There is a movement to set, and improve upon, the United States federal data privacy law. Digital businesses can’t forget the importance of protecting their infrastructure and third-party data.

If you want to maintain the security of your website and still keep your visitors’ data confidential, download this WordPress blog corporate guide. 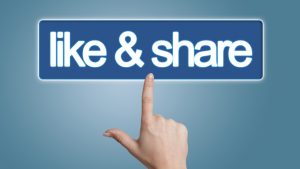 How Groups Stack Up: When to use Grouped vs. Stacked Column Charts